over at Seasons of Insanity. So as he was my very

first ask to guest blog, it was only right I let him

Now the thing I love about Robs blog most is

just like me there are NO real limits. He loves

Zombies but not in that way… If you want to see

what I am talking about check it out for yourself.

He is a great blogger and such a funny guy and a great writer.

and banter on the comments. It is so cute. I am proud to introduce my

Over to you Rob! 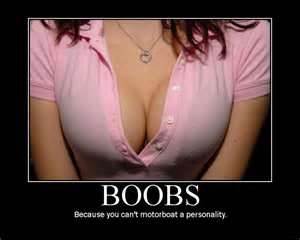 ***Are They Real Or Fake? ***
Who The Fuck Cares!?
I was graciously asked to be Vagenda Vixen’s
first guest blogger and though I have been the
“first” for many I never had someone ask me to
actually pop their cherry.  Normally it just…
sort of happens.
So of course I said yes,
who would pass up an opportunity like this?
I mean really.  Then I got to thinking,
what I should talk about.
What can I say that can be the most vile,
the most sexually explicit,
the most raunchiest thing I can come up with that
would make her step back and say;
“Oh my God, why did I ask him to do this?”
and realized…
there wasn’t a damn thing I could blog about
that would make her say that.
She is worse than me.
So then I thought to myself.
What can I blog about that will have
her followers screaming…
“Son of Satin!
He has got to be the most perverted person
I have ever come across in my entire life!”
then I realized there is nothing
I can write to make her followers say that.
If they are following her and
she is worse than me then
nothing I say will have
that impact on them.

Then it hit me.
Let’s talk about one thing I love.
There are many things I love
but one in particular is boobs,
titties, knockers, hooters,
jugs, love mammaries of the Gods.
I like boobs, ah hell I love boobs.
Always have. I don’t care if they are real or fake,
boobs are boobs to me.
They bounce, sway, jiggle,
and just beg to be touched.
My wife and I have had this conversation
before and there are many men
who “claim” they don’t like fake boobs.
Well I say any normal man is not going to
tell a naked woman who he is about to have
sex with him to stop, get dressed and get out
because her boobs aren’t real.
Sorry but that just doesn’t pass
the common sense factor to me.

Small, medium, large, a little saggy or perky,
teardrop or rounded, real or fake I don’t give a shit,
they are natures milk jugs and were meant to be licked,
touched, caressed, sucked, fondled, fucked,
admired, improved when she wants them to be,
and worshiped by both men and women alike.
They say women get what they want because they got the pussy,
well I say they get what they want because they got the titties.
Yea sure there are guys out there with man-boobs
but that’s not exactly appealing and not
what I’m talking about.  I’m talking about those
lovely things on a woman’s chest.
They say they don’t like them to be stared at yet they wear
clothing with a LOT of cleavage specifically to show them off.
What does that say other than “LOOK AT MY TITTIES!”
That’s why when you see a woman in a bar
or a night club their boobs
are half hanging out and there’s more cleavage
then theGrand Canyon.  Which we just
love cleavage anyway.
It’s great for motorboating.  There is just so much you
can do with boobies.  Watch a porno they do it all.
You can rub them in our faces,
we can use them for the “money shot”
and if they are large enough you ladies
can lick your own titties and God help us if there
are two sets of boobs present cause we
all know there is nothing hotter than a woman playing
with another woman’s ta ta’s.
Ahh those beautiful mountains
are like Everest, waiting to be climbed on, why?
Because they are there.  You need no other reason than that.
Then of course you can’t forget about when you go to sleep,
it makes it so much easier to sleep, with your arm around your lover,
your body right up against hers,
and your hand cupping that gorgeous jug.
Now I said before that there are some guys that say
they don’t like fake boobs.
They don’t like the feel of them.
That may be true but I still say they won’t turn
down sex because they are fake.  I also say there is
something mentally wrong with them to start with to
say they don’t like them just because they are fake.
There is absolutely nothing wrong with a pair of fake boobies.
So ladies be proud of your boobies, whether they are real or fake.
If your man doesn’t like your boobies, well guess what there are
about 2 million other men out there who will appreciate
them and show them the respect they deserve.
So ladies you know you got them, you know we want them.
You like showing them off, so just admit it and be proud
of your knockers! Whether they are real or fake… Because we sure are. 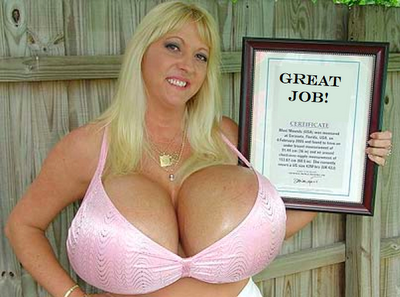 Thanks Rob…  I love this post!
LMFAO!
As a big boobies girl myself…
I can totally relate!
See Boob Grabbers for more info.
Rob I am honored and hope
you will guest blog again soon!
Make sure you follow Rob at:
Seasons of Insanity
For now that is all…
Love always…
~Vagenda Vixen~

*The ones they loved the mostest!*